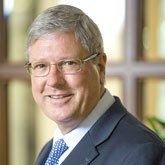 Kleess began his career with ABS as a Surveyor in Maryland, U.S., and then Durban, South Africa. He served as a Senior Surveyor in Singapore and Malaysia before becoming a Principal Surveyor in the Southeastern U.S. and Caribbean. Kleess also served as ABS Country Manager for Malaysia and Brunei.