(New York City) ABS, a leading provider of classification and technical services to the global marine and offshore industries, held its Annual Meeting in New York on 26 April 2016. ABS Chairman, President & CEO Christopher J. Wiernicki reported that “2015 was a year of moving forward in strong and sustainable ways with a relentless focus on our class-centric strategy.”

The ABS orderbook saw even more appreciable growth in 2015, with a 15% year-on-year increase to 57.2 mgt of vessels set to be classed by ABS. Coupled with the second straight year of net positive class transfers, ABS is well positioned for the future.

“We had a solid performance in 2015, earning the top position in global orderbook share based on gross tonnage and confirming our strong relationships with owners and shipyards around the world,” said Wiernicki. “Our continued growth shows that ABS is well-positioned for today and we are equally ready for tomorrow.”

During the meeting Wiernicki highlighted a number of cutting-edge projects where ABS is involved, such as the world’s first CNG Carrier and the world’s largest and most advanced wind farm installation and offshore construction vessels. ABS also granted approval in principle (AIP) to a drillship designed for high pressure/high temperature operations in ultra deepwater and harsh conditions, and provided approval for many new concepts such as a dual fuel bulk carrier design, innovative LNG containment systems, and an offshore LNG receiving, storage, regasification, and bunkering terminal.

“Dedication to providing great classification services, demonstrating industry-recognized technology leadership, and being our clients’ trusted advisor in every environment are what fundamentally define the success of ABS,” said Wiernicki.

Looking to the future, Wiernicki also provided an overview of ABS’ Technology program that is developing advanced technologies and practices to support the future of classification. In 2015, ABS participated in 43 joint development and industry research projects and 37 academic research partnerships as part of more than 150 technology projects. ABS published 64 new or updated Rules, Guides, Guidance Notes, and Advisories.

Speaking to the industry Members present, Wiernicki stated, “We are committed to understanding the industry’s views of real-world challenges you face today and tomorrow. It is imperative that we understand your needs and help you anticipate future opportunities. This partnership and role as your trusted advisor will continue to drive our technology investments in the future.”

In the area of Port State Control, ABS reported continued success with the organization continuing to rate amongst the top tier of classification societies in the three major regimes.

The ABS Annual Meeting is held each April in New York City, where the classification organization was founded in 1862. During the event, ABS leadership briefs its Members on the organization’s performance and solicits feedback to align future activity to the needs of the marine and offshore industries. 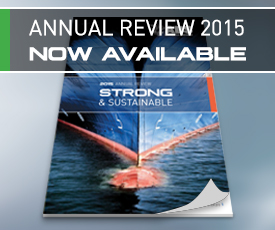