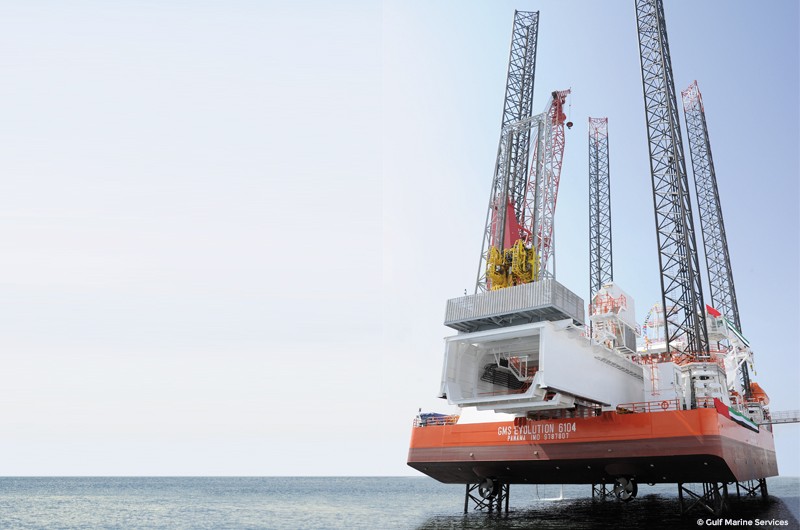 (Dubai) ABS, the leading provider of classification and technical services to the offshore industry, approved the design and certified the GMS cantilever system for its self-elevating support vessel (SESV) GMS Evolution delivered in May 2017.

As an industry first, GMS Evolution is fitted with a small removable skidding cantilever system, installed with a well ‘work over unit’ (WOU) designed in partnership with Dwellop A.S. The novel removable cantilever system provides an efficient and versatile vessel for well services, according to GMS.

“Innovation and cutting edge technology is a key aspect in driving efficiency, safety and environmental responsibility,” says ABS Middle East Regional Vice President Darren Leskoski. “As a technology leader, ABS is thrilled to be working with enterprising partners like GMS as it develops and launches assets with increasingly greater capabilities and flexibility. GMS Evolution represents a milestone for GMS in attaining innovative efficient solutions for well intervention and workover.”

The innovative combination of a self-propelled jack-up with a removable cantilever and workover unit is not only the first to achieve ABS SEU certification, but also the first mobile offshore drilling unit of its kind in the industry and represents a state-of-the-art tool for well intervention. In addition to the WOU, which can be skidded over a platform or subsea well, GMS Evolution has a self-propelled speed of more than 8 knots, DP 2 positioning, accommodation for 150 personnel and multi cranes including one of 200 tonnes capacity.

“Our new cantilever system will give clients a range of options in the way they use our barges to service their offshore assets. This system offers cost-effective solutions for work that has traditionally been performed by more expensive non-propelled drilling rigs,” says GMS CEO Duncan Anderson. “This has opened up a new area of the market that had previously been predominantly served by drilling rigs, at a greater cost to operators. The new cantilever system will be able to replace them.”

GMS, based in Abu Dhabi, builds and operates its own fleet and has 14 SESVs, all of which are classed by ABS. GMS Evolution was last in a series of seven DP 2 GUSTO designs.