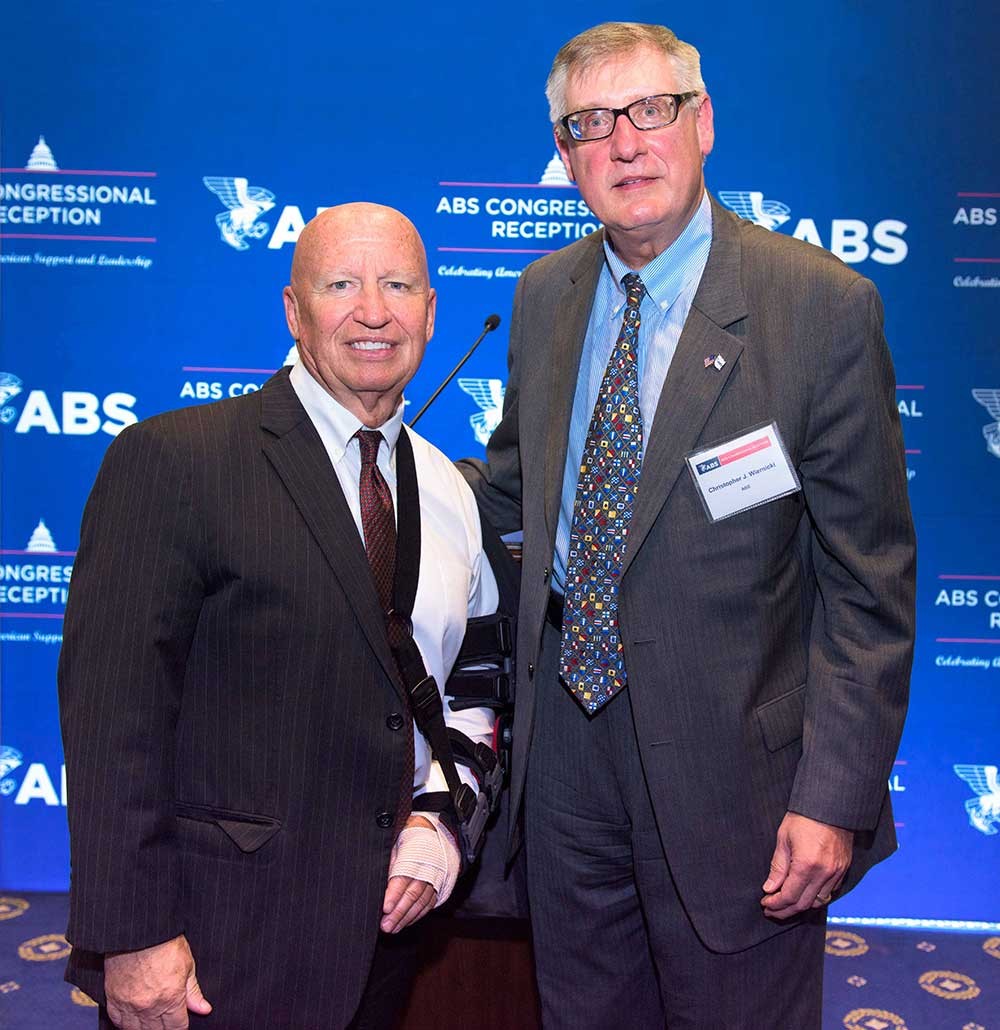 “The U.S. has a strong record of maritime leadership and much of that is thanks to the people in the room,” said Christopher J. Wiernicki, ABS Chairman, President and CEO. “Since its foundation in 1862, ABS has played a key role in supporting the U.S. government’s fleet initiatives and readiness programs, driving safety and reliability and helping U.S. maritime leverage the benefits of technological advancements from steam to steel hulls and, today, big data.”

“Since 1862, ABS has played an integral role in the maritime industry, helping lead the United States to a stellar record of maritime success and leadership,” said Kevin Brady, U.S. Representative for Texas’ 8th Congressional District. “For more than 150 years, ABS has developed a close working relationship with the U.S. Government, and our history of teamwork and communication is something to be celebrated.”

The theme of the event was “Celebrating American Support and Leadership” which was the focus of remarks and showcased throughout the evening in a timeline video that highlighted important moments in history when ABS has provided critical support to the U.S. government.

Additionally, both U.S. Senators from Texas, Senator John Cornyn and Senator Ted Cruz, provided video greetings to those in attendance.

ABS, a leading global provider of classification and technical advisory services to the marine and offshore industries, is committed to setting standards for safety and excellence in design and construction. Focused on safe and practical application of advanced technologies and digital solutions, ABS works with industry and clients to develop accurate and cost-effective compliance, optimized performance and operational efficiency for marine and offshore assets.